Creating Tabs is Easiest at Acousterr

Transcribe Any Tune Into Tabs

Tune Your Instruments at Acousterr

Paste & Play Any Tab at Acousterr

Are you looking to head out of LA and indulge your musical desires elsewhere?

Well, when it comes to cities with music flowing through their veins, you’re spoilt for choice in the US – here are four of the best.

New Orleans is the birthplace of jazz, a genre which went on to birth many other notable musical styles, such as rock, blues and R&B.

One of the best times to visit is late April, when the city hosts its annual Jazz Fest, a huge festival, where you’ll find not just jazz music, but also blues, gospel and much more.

However, you’ll find fab music all year round, thanks to the large number of jazz clubs such as Preservation Hall, an intimate venue, furnished with floor cushions and benches, which holds around 100 guests.

Detroit is the city where Motown was created – a powerful genre which helped unite a divided society.

No visit here is complete with heading to the Motown museum, the former home of Motown founder Berry Gordy and also home to the iconic Studio A. It was here that acts such as The Temptations, The Supremes and The Four Tops first graced the world with their talent.

Detroit’s musical history doesn’t end with Motown either, it’s also the city where techno took off, when three schoolfriends, The Belleview Three began experimenting with by fusing together electro and funk.

New York is a melting pot of marvelous musical goodness, where there really is something to please just about everyone.

Here you’ll find first-class concert venues such as Madison Square Garden – a 20,000-seat venue that’s perfect for catching the latest touring sensations. And who could forget Broadway, where you can enjoy a first-class musical theatre performance. 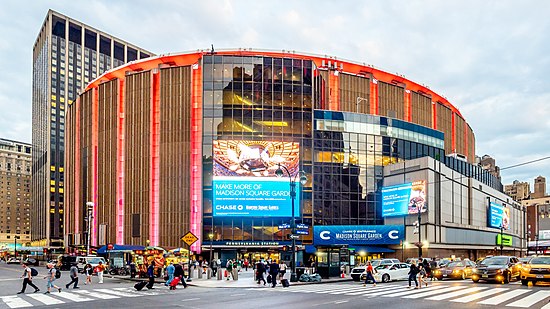 Alternatively, for something more low key, there’s the Brooklyn Bazaar, a quirky pop-up market, where you’ll find a more locally focused line-up of performers. And if you’re passing through Central Park, you might just stumble across a funky little impromptu gig or two.

Memphis is the home of blues, soul and rock & roll, to name but a few. In fact, Elvis Presley a.k.a. the King of Rock & Roll actually recorded his first ever song “That’s Alright (Mama)” right here, in the Sun Studio.

The city’s most famous musical spot however, is Beale Street, where you’ll find some of the best live music venues such as Rum Boogie Café and B.B. King’s Restaurant & Blues Club.

Other notable venues include the Minglewood Hall amphitheater, a smaller-sized concert venue with great acoustics, that has hosted some big-name acts over the years.

All four of these fantastic cities have a rich musical history that prevails to this very day – hopefully this list has inspired you to head off and visit one. So book your flights, find LAX Airport parking on Looking4.com,  get in your car and turn up those terrific tunes as you head off on your mighty melodious adventure – you’re in for a treat!

Product Of The Day

>
>
Disclaimer : We might earn revenue if you purchase from above links. There is no revenue on clicks though.
Ads seem to be blocked ... Welcome Mr. Freeloader !!!